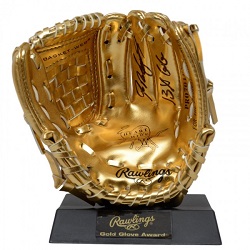 A couple of weeks ago, the question was posed on Twitter: What’s your all-time all-defensive infield? In response, Truly the GOATs assembled such a list with the help of the miraculous Baseball-Reference.com.

What would your all-time defensive infield look like? Catchers included. Pitchers don’t need to be.

A further extension to include the outfield results in quite an interesting lineup, indeed.

Before scrolling down, take a guess. Some positions are filled by pretty much who you figure – the names in the 2B, SS, 3B and RF spots will shock no one, but if anyone guesses who’s on first for the GOAT defensive team, well, Truly the GOATs tips our collective cap to you.

Notables from a would-be 3rd team include Willie Mays in centerfield and Cal Ripken Jr. at shortstop.

These teams are particularly interesting in that, though the lineups include players from the 1880s right through to the present, just one of the 16 listed played the majority of his career between 1900 and 1960: Joe Gordon. Note, too, the general transition of importance through the ages from the first baseman’s primary importance to dominating infields of the 1970s and 80s through the outfield play beginning in the 1980s.

And here’s a weirdie for you: The Pittsburgh Pirates can lay claim to three players on the GOAT defensive team in Bonds, Clemente and Mazeroski, yet the guy many would have on the first team – Honus Wagner, an inaugural-class Hall of Famer – wasn’t even close. Ol’ Honus ranks just 29th in lifetime dWAR among shortstops, sandwiched between Dave Concepcion and Bert Campaneris. Note, though, that Wagner remains a solid no. 1 in overall WAR, a good 10% better than no. 2 Alex Rodriguez and nearly 27% better than Ripken in third.